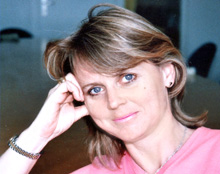 "There is something I do not understand," a friend said to me the other day. "All these financial losses, banks going bankrupt… The money lost must have gone somewhere? It cannot simply have disappeared into thin air!"

At the time of writing, our civilized world seems to be heading towards one of the biggest financial crises in its history, and nobody knows yet what the consequences will be in terms of unemployment, inflation, lost savings …

When you examine the very broad picture of why it happened, it all boils down to one single word: "greed" – the third of the seven deadly sins — to which one can add "more greed", expressed through speculation and lack of appropriate rules and regulations –– as a colleague explained to me.

In the film Wall Street (1987), Gordon Gekko (played by Michael Douglas), addresses a meeting of stockholders with the following words: “The point is, ladies and gentleman, that greed –– for lack of a better word –– is good. Greed is right, greed works. Greed clarifies, cuts through, and captures the essence of the evolutionary spirit. Greed, in all of its forms; greed for life, for money, for love, for knowledge, has marked the upward surge of mankind.”

Greed is common human behaviour: the more you get, the more you want. But is it really “good”? In my own country, there is an on-going conflict between a former Nobel Prize Laureate and a telecom company. In the 1990s, the person in question needed funding to set up a telecom company offering "cheap telephone calls for the poor". He found a company that was willing to come up with the funding. The two parties thus started a joint project, and the deal was that the organization would possess 35% and the remaining 65% would be in Norwegian hands. Everything went well until the person who had had the idea was awarded the Nobel Peace Prize.

The first thing the Nobel Laureate did was to start a lobbying campaign in order to obtain complete ownership of the (jointly owned) company. He even asked the Norwegian Government to buy the shares for him and to give them to his organization –– something they refused at once How could the government justify buying the shares of a private company with the taxpayer’s money … and then giving them away? Besides, the Norwegian Nobel Committee is a private foundation that awards its prize each year, and is quite independent of the Norwegian State. However, the Nobel Laureate did not give up and he still wants these shares. Lately, he changed his tactics and accused the Norwegian telephone company of using child labour. Does greed have any restraint? One can only wonder.

"This crisis is a once-in-a-lifetime experience," an economics professor told the press recently. Although it might happen once in a lifetime, he did not explain why it was happening now and why innocent persons should be paying for the wishful thinking of those who are to blame.

Each time disaster strikes, it’s the ordinary people who end up paying the price. They are the ones who are facing higher interest rates, higher taxation and losing their jobs…

"Those who cannot remember the past, are condemned to repeat it," are the famous words by the Spanish/American philosopher, essayist, poet, and novelist George Santayana. When you ignore history, you pay the price …

So one can only ask why nobody sounded the alarm before it was too late or, if it was sounded, why wasn’t it listened to? I am sure that one day all will be revealed. Let us hope that we do not have to go through an ordeal like the Second World War before we find the answer.