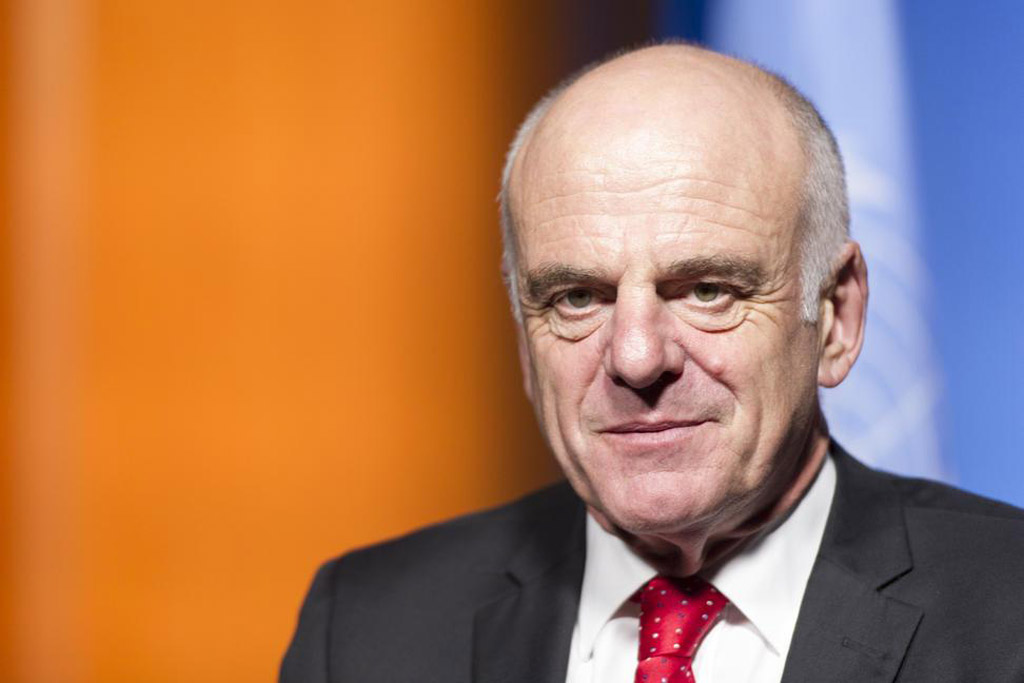 Interview with Dr David Nabarro, Special Adviser to the United Nations Secretary-General on the 2030 Agenda for Sustainable Development and Climate Change and candidate for the Director-General of the World Health Organization (WHO). 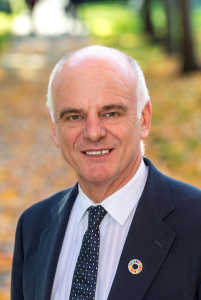 Dr Nabarro’s career spans more than 40 years of working in public health. Starting as a doctor working for Save the Children in Northern Iraq and then Nepal, he later lectured on nutrition and public health in the United Kingdom (UK) and worked for the UK’s Department for International Development as Chief Health and Population Adviser from 1990-1999. In 2000-2005, he held a range of positions in the WHO, notably as Executive Director to the Office of the Director-General and as Head of the Health Emergencies group. In the past 12 years, he has been entrusted by successive UN Secretary-Generals (UNSG) to lead on Avian and Human Influenza, Food Security, Nutrition, Ebola, Sustainable Development, Climate Change and the UN response in Haiti. He is now candidate to be WHO’s next Director-General. so now we will give the floor to Dr David Nabarro.

Q: Could you be so kind to tell us about yourself.

I am the son of two medical doctors. Although my family were expecting me to have a career in specialist medicine, I opted instead for a career as a specialist in public health, which has allowed me to live and enjoy the cultures of Canada, Iraq, Nepal, India, Bangladesh, and briefly in Uganda and Brazil. In terms of inspiration, like many of my peers of my generation, I was consistently influenced by the movement towards Primary Health Care for all and the role of WHO as the curator of this movement.

I am blessed with five amazing children. When I have spare time, I love skiing and music. When I was young I regularly DJ’ed and still have turn-tables at home. Just like any good DJ, in my professional life I have learnt to feel the mood of the people around me, to sense when feelings change, and to tune in to the currents of those feelings.

Q: Have you always been interested in multilateral institutions?

Even as a teenager in school I was interested in how different organisations worked and I constantly tried to understand why they did not always do what they were supposed to. Early on, I studied theories of bureaucracy, political economy, social anthropology and management, which helped me understand how organisations work in practice. In my work I’ve sought to combine both linear (deductive) and ‘systems thinking’ in order to focus on specific problems while – at the same time – understanding the patterns of thought systems used by groups of people who see issues very differently.

This way of thinking has enabled me to establish myself as a convener and problem solver at the global scale.

Q: As Director-General of the WHO, what would be your management and leadership style?

I describe my style of leadership as visionary, participatory, inclusive, evidence and result-based with respect for diversity. I am people-centred in everything I do. I relate my work now to the community based health care in which I was intimately involved in the first 15 years of my professional life. I have an inclusive management style, seek to empower others wherever possible and lead in ways that enable personnel to perform to their very best effect.

I also believe in the power of effective partnering in ways that respect the interest of the different partners and earn their trust. I have led responses to major challenges (such as Ebola and the global food crises) in ways that offer strategic direction to large numbers of actors beyond the UN system. My solid experience of partnering on a large scale and the political connections I have made enable me to galvanise the multilateral system, take account the interests and needs of Member States and engage other actors in ways that are principled and transparent.

For many international organisations these days, underrepresentation, across regions and gender, especially at senior levels of the organisation, seems to be a significant issue. If you were Director-General, what would you do to address these challenges at the WHO?

As Director-General, I will start by establishing a task force to look at underrepresentation of different groups (sex, geography, disability, profession) in the work force.

Diversity is essential to ensure the breadth and depth of perspective needed in any truly international organisation that acts in the interests of all Member States. The issue of gender disparity in senior WHO staff is a serious concern to me. If WHO wants to be a modern international organisation, it must do better to recruit, retain and promote talented women. Moreover, no region has a monopoly of public health talent and expertise, which means that professional, managerial and diplomatic competency must be the most important criteria against which all staff - including the Director-General – must be judged by.

Q: Of the 6 candidates fielded, you are the only one who has continued in your previous role. How are you managing the workload and how are you differentiating between official functions and campaign activities?

At the moment I am Under-Secretary-General and Special Adviser to the UNSG on a range of issues related to sustainable development, climate and finance. This also includes about 40% of my time being devoted to developing a new UN approach to cholera in Haiti. My team and I are also responsible for ensuring the transfer of these strategic functions from the present Secretary-General to his newly appointed successor Antonio Guterres. This work is demanding and time sensitive. However, it also comprises an important agenda, and the Secretary General has requested that I continue in these roles alongside the election campaign. This is very challenging, but those who have worked with me know I am extremely committed and energetic, and can handle both responsibilities. I am scrupulous about separating my campaign activities from my day job and will publically share my campaign activities and finances with the WHO and on my website.

In this respect, I believe the election of the Director-General should be fair, open, equitable, transparent and compliant with the WHO’s Code of Conduct.

Q: Finally, in one sentence, what would success look like after you step down as Director-General?

Success for me would mean that, through its performance in nurturing the fullest attainment of health in all communities, WHO becomes recognised and trusted by governments, communities and peoples, as the undisputed leader on all health issues.