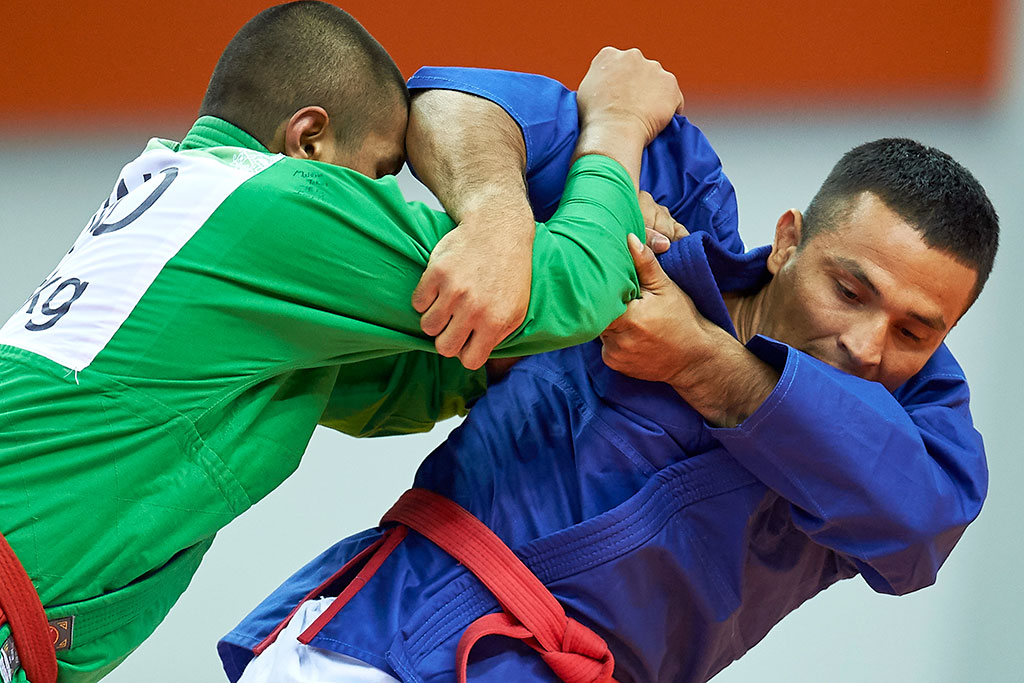 The last day of the World Kurash Championship in Istanbul (Turkey) brought another two medals to Turkmenistan National team.

Traditionally, the medals in heavy and super heavy weight categories were contested in the end of the tournament.

Turkmen wrestlers entered the number of the prize-winners of the competitions. Student of National Institute of Sports and Tourism Dayanch Omirov was one step from the gold in the 81 kg weight category and won silver medal. Student of the same university Hudayberdy Jumayev won the bronze in the 100 kg weight category.

Totally, Turkmen sportsmen won 9 prizes during this championship – two silver and seven bronze medals, six in men’s and three in women’s competitions. It is worth mentioning that the first days of the last month of the Year of Health and Inspiration were very successful for Turkmen sportsmen who were participating in three prestigious competitions. Besides the World Kurash tournament, Turkmen compatriots took part in the VII International Martial Arts Games in Minsk and in the World Powerlifting Championship in American Anaheim. Turkmen sportsmen stepped to the winner podium more than once in each of these tournaments.

Thus, student of National Institute of Sports and Tourism Kristina Shermetova won the medals of the World Championship for the first time in the history of Turkmen women powerlifting. 24-year old debutant of the World tournament, the foster of Honoured Coach of Turkmenistan Ahmed Sariyev won three medals – two bronze in clean-and-jerk and snatch and one silver in total count, in 53 kg weight category where 23 athletes contested for the prizes.

As it was informed before, large tournament in Minsk traditionally unites several; martial arts, which are not included in the programme of the Olympic Games, such practice of regular participation in international competitions as well as the spread of these martial arts across the continents gives the opportunity to get the status of the Olympic sport.

Rejepbay Rejepov in weight category up to 77 kg lifted 352 in combined clean-and-jerk and snatch, having taken over Harrison Dyce Maurus from the USA, the junior world champion of this year, by 4 kg and yielded 9 kg to the winner, Egyptian sportsman Mohamed Mahmud, the bronze winner of the Olympics in Rio. By the way, Rejepbay result is one kilogramme less than his record at 2017 Ashgabat Games where he won confidently.

At this competition, Rejpbay lifted 158 kg weight in snatch and 194 kg in clean-and-jerk.