UNCTAD REPORT ON ASSISTANCE TO THE PALESTINIAN PEOPLE 2012 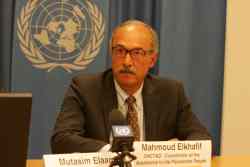 Mr Mahmoud A.T. Elkhafif, Coordinator Assistance to the Palestinian People at Unctad presented a report during a press conference at the Palais des Nations The report says that while 9.9% economic growth was achieved in the Occupied Palestinian Territory (OPT) in 2011, the figure is misleading, and long-term prospects for the OPT economy in fact have grown worse. It contends that most of the economic growth was related to reconstruction in the blockaded Gaza Strip following the Israeli military operation there from December 2008 to January 2009. 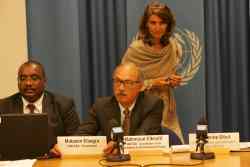