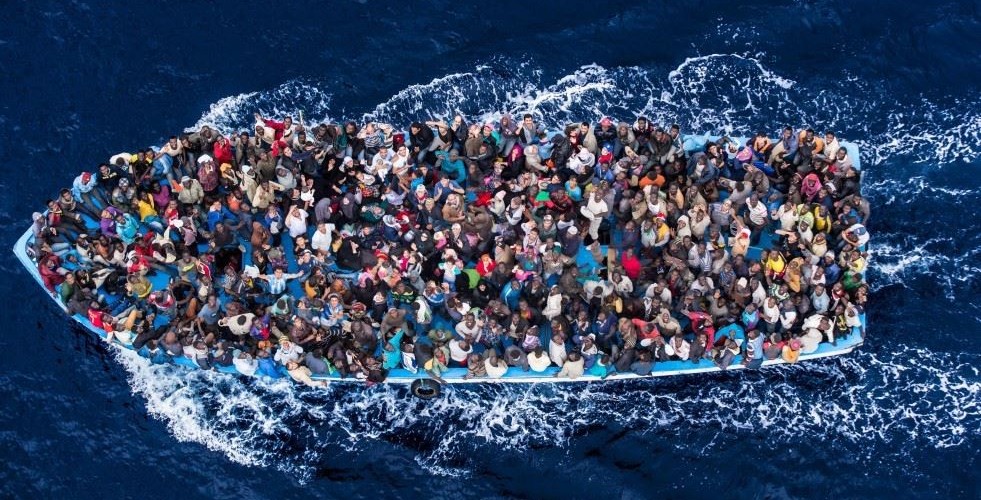 In the aftermath of World War I, Sir Eric Drummond, the first Secretary-General of the League of Nations, appointed Fridtjof Nansen to supervise the repatriation of prisoners of war. In eighteen months Nansen repatriated 427,866 prisoners of nearly 30 different nationalities. There was another emerging problem. The dramatic political upheavals in 1917–1920 in Russia, had produced enormous numbers of refugees.

Where did they go? Mainly to Europe, but also countries in the former Ottoman Empire.

Constantinople had been occupied by the Allies, and had become an asylum for refugees, a stopping place on their flight from country to country, where at least they were safe. Three waves of refugees washed over the city, one after the other, first Russians, then Turks and finally Greeks and Armenians.

According the figures at the time there were about 170,000 Russians, 75,000 Turks and 155,000 Greeks and Armenians in Constantinople. This gives us an idea of the magnitude of the problem. During the year from 1st September 1922 until 1st September 1923, the League of Nations sent 20,000 refugees from Constantinople to 45 countries and the following year 6,000 more.

Nansen realised that the refugees needed travel papers, and the first Nansen passports were issued following an international agreement reached at the Intergovernmental Conference on Identity Certificates for Russian Refugees, convened by Nansen in Geneva from July 3 to 5, 1922.

However, this was not the sole task that Nansen managed. He also succeeded in placing thousands of children and students in Czechoslovakia. Bulgaria, which took thousands of adult refugees, took 5,000 children and put them in Russian schools. Bulgaria also took 1,000 disabled men with families. A large number of Jews were settled in Palestine and the United States. Yugoslavia took 55,000 refugees from Egypt and Cyprus. 5,000 were settled in Yugoslavia.

Nansen proposed that all the governments in the League of Nations take Russian students and maintain them at universities. Czechoslovakia and France responded first and set a good example. Nansen was always careful to see to it that the children and young people should have access to instruction and education. It was his conviction that the future depended on the ability and industry of the growing generation.   When the economic depression came beginning in 1929 and reaching its nadir in 1932, the nations surrounded themselves with strong defenses by restricting imports of foreign goods and imposing immigration barriers. Now nobody wanted to accept refugees; on the contrary, everybody suddenly wanted them to leave since the national labour force had to be protected against unemployment. Refugees lived in permanent insecurity hounded from country to country because they did not benefit from diplomatic or consular protection. The Nansen passport, was the beginning of humanitarian legislation.

Does the situation seem familiar? There are many parallels to be drawn, and many things to be said. The Office of the United Nations High Commissioner for Refugees is overwhelmed, and the European states seem inert. Nobody wants to accept more refugees, and we see right wing politics and xenophobia on the rise.

What can be done? Nansen thought outside the box. Some years back during a trip to Jordan I met some Iraqi refugees who told me, "Give us a place to go, a country where we can live, the rest we can handle ourselves. We want to do business, that is all. We do not look for charity!"

The European population is ageing, and we need people who can take care of us, at some point or another. Why look for others when these are at our doorstep?

Dynamic and young people can do a lot as long as one gives them a chance to prove what they can do, and these days, one should bear in mind that, if Nansen had not given people a chance, in the past whether it was in Turkey, Greece, or anywhere else, perhaps your grandmother, grandfather or a member of the family might not have had the life they had. So let us all stretch out a hand and think rather how each one of us can, through our means, our generosity, help the others. Nansen was there for the others. Are we?