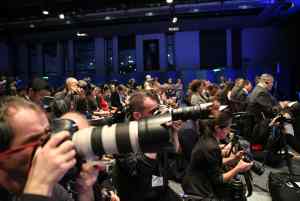 Following are the concluding remarks by United Nations Secretary-General Ban Ki-moon at the high-level segment of the Geneva Conference on Syria, before he suspended the talks in Montreux:

We have come to the conclusion of this high-level meeting on Syria. I wish to thank you all for your participation in this high-level segment. This has been a very important debate. I am sure that your statements will inform the intra-Syrian talks. 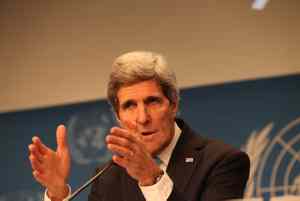 I would like to take this opportunity to thank again the leadership and initiative of Secretary of State John Kerry of the United States and Foreign Minister Sergei Lavrov of the Russian Federation and I count on their continuing engagement in this process. 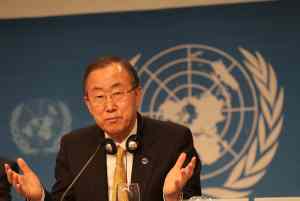 I would especially like to thank our Joint Special Representative Brahimi for all his efforts and dedication and I wish him and his Team much success in support of the intra-Syrian talks, which begin from Friday, 24 January in Geneva.

And more importantly, I would like to again thank the participation of the two delegations of Syria, Syrian Government and Syrian opposition. During the day our discussions have been quite intense and productive and constructive. I appreciate your commitment for the peaceful solution of this Syrian crisis. At the end of this meeting I do not intend to summarize, you know what has been discussed and said and I leave it to you all for your own reflection. I just will take two or three minutes to say my own thoughts.

As I outlined in my letter of invitation, the goal of the talks is to fully implement the Geneva Communique, endorsed by the Security Council.

The Communique calls for the formation, by mutual consent, of a transitional governing body with full executive powers — including over the military, security and intelligence services.

As the parties work to reach agreement, they must also act to uphold international humanitarian law – including immediate and full humanitarian access to all in need. They must look for every opportunity to reduce and end the violence.

I hope that the real negotiations will begin in earnest sincerity, and with full speed, to achieve these goals. 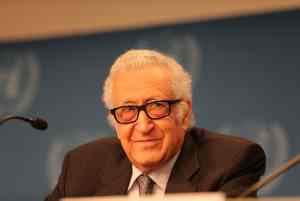 May both Syrian delegations now be guided by wisdom; by a deep sense of urgency; by a spirit of compromise; by a determination to preserve their country and its unique social fabric.

And may both Syrian delegations be guided by the critical need to end the suffering of all Syrian people. 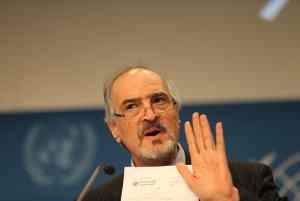 This meeting is adjourned and the high-level segment of the Conference suspended. I will now go to brief the media. Wish me luck. I thank you very much for your participation”