Interview with Erik Solheim, Norwegian Minister of the Environment and International Development 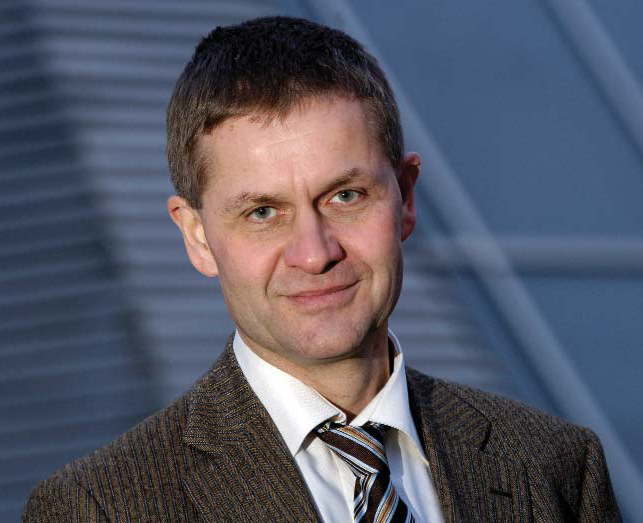 Erik Solheim is a young and dynamic minister with a strong commitment to creating a better world for humanity through environmental issues or simply more “development” issues. Before becoming a Minister in Norway, Solheim was a politician for the Social Left Party (SV). He went into politics quite young and soon became the leader of the Socialist Youth. Although not all people might agree with his points of view, he is a popular figure in Norwegian politics. We met him in Stavanger where he was attending the Point of Peace Summit –– a natural place to go for a man who cherishes peace and stability and who is also trying to do his very best to contribute to peace in Sri Lanka –– as elsewhere. Now, let’s leave the floor to His Excellency….

Q: You have been travelling quite frequently to West Africa lately. Does this represent a shift in the Norwegian development aid policy?

West Africa is an interesting area. Until recently, Norwegian attention was being given to English-speaking countries in Africa, particularly in East and South Africa. West Africa is important for many reasons: • a massive flow of refugees from this part of Africa to Europe; • there are huge reserves of petroleum there; • and some of the most horrific conflicts in modern times have taken place there.

We would like to contribute to peace and stability, and to become involved in peace-building work.

West Africa is also one of the main investment areas for Norwegian companies, and we hope that these investments will create work and livelihoods, combat corruption and lead to a higher standard of living for the population.

Q: Thus, there are economic interests for Norwegian companies in West Africa. Which particular countries you are talking about?

Angola and Nigeria have been the most important ones up to now, but we also see an increased interest for Ghana, where there is investments both in bio-fuel –– several shipping companies are considering setting up business there. The C?te d’Ivoire is another example. The main areas of interest are linked to oil, gas and shipping.

Q: How does Norway assist poor countries in building up their economic activity? Do you have any particular programmes there? 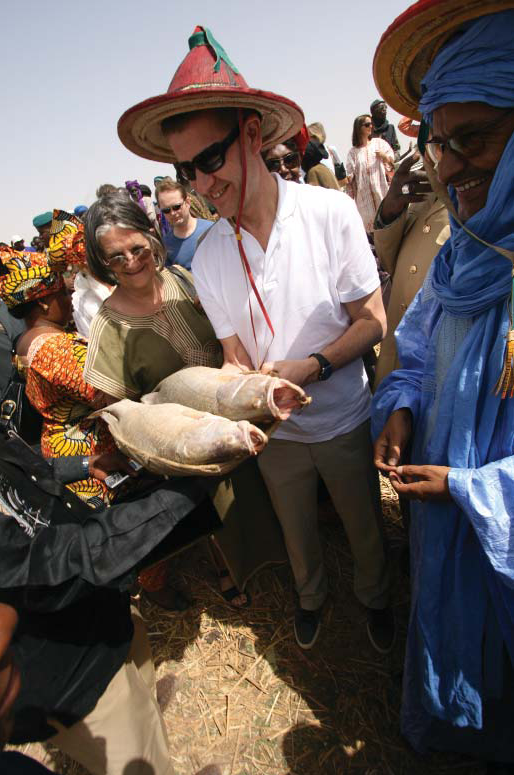 Our most important activity in West Africa is our oil development programme whose aim is to assist these countries to better manage their resources. There is a huge potential income that can be generated for these countries, which means that their education systems would no longer depend on foreign aid. We have signed an agreement with Ghana where huge reserves of oil have been found, although they have not yet been exploited. Norway will be one of the major players assisting in Ghana’s development

We also hope that Accra will become a centre for us so that we can support the other countries as well.

Q: Yesterday, you received a report from the Norwegian Policy Coherence Committee. Do you think this report will contribute in a positive way to the Norwegian development aid policy?

I think the most important aspect of this report is the fact that it is not based upon assistance, but on other aspects that would contribute to the development of a country, such as: peace –– a fundamental issue; the building of states; investments in economic activity and trade; putting a stop to drug trafficking and the whitewashing of money from corrupt regimes; and all the other aspects that influence a country’s development. And we want to see how assistance and development aid can help make this right. Of course, development aid is important, but on its own it cannot do anything to fight poverty.

Q: It’s a common feeling that Norway gives a great deal without getting very much in return. What is your opinion?

I think the return is very good. In comparison with the tremendous needs, the amounts are small. What we get back is greater international influence and we are also contributing to a safer world for ourselves, our children and our grandchildren: less war, less environmental damage and fewer refugees. These arguments are, of course, very relevant to our own security –– but they also demonstrate solidarity with the rest of the world and for the poorest among the poor.

Q: There are many countries that have enormous fishing resources, but do not have any expertise in managing these resources. Can they benefit from Norwegian assistance?

They have either to contact the local embassy, Norad or me. We have received quite a lot of requests from West African countries about protecting their fishing resources. In many areas you find huge fishing boats from EU countries and other parts of the world that just vacuum up all the fish in the sea. That’s a real scandal! The countries in question are so poor that they do not have the resources for a coast-guard service in order to protect their own territorial interests. These are very difficult issues, but we are ready to look into what we can do.

Q: Norway is a small country that is very concerned about peace. Why is the peace issue so important to Norwegians?

Although the country is small, we know that war can be very damaging. The Second World War marked a whole generation of Norwegians and it influenced the way people think about the world. You see war is ruining people, destroying economic life and hampering development –– it’s a very damaging experience. As a general rule, wars last longer and are more devastating than those who start them tend to believe.

Q: Diva is a magazine for the international community in Geneva. Do you have a message for this community?

What I would like to say is that they should keep on working hard, because Geneva is an extremely important forum for a lot of people on peace and development issues undertaken by the United Nations and other agencies. They should never abandon their idealism. They might be negotiating many long and difficult texts, but they should never forget the reason why they entered into this business, namely to keep on fighting to make this world a better one for everybody.