Of Leadership and Anniversaries by David Chikvaidze 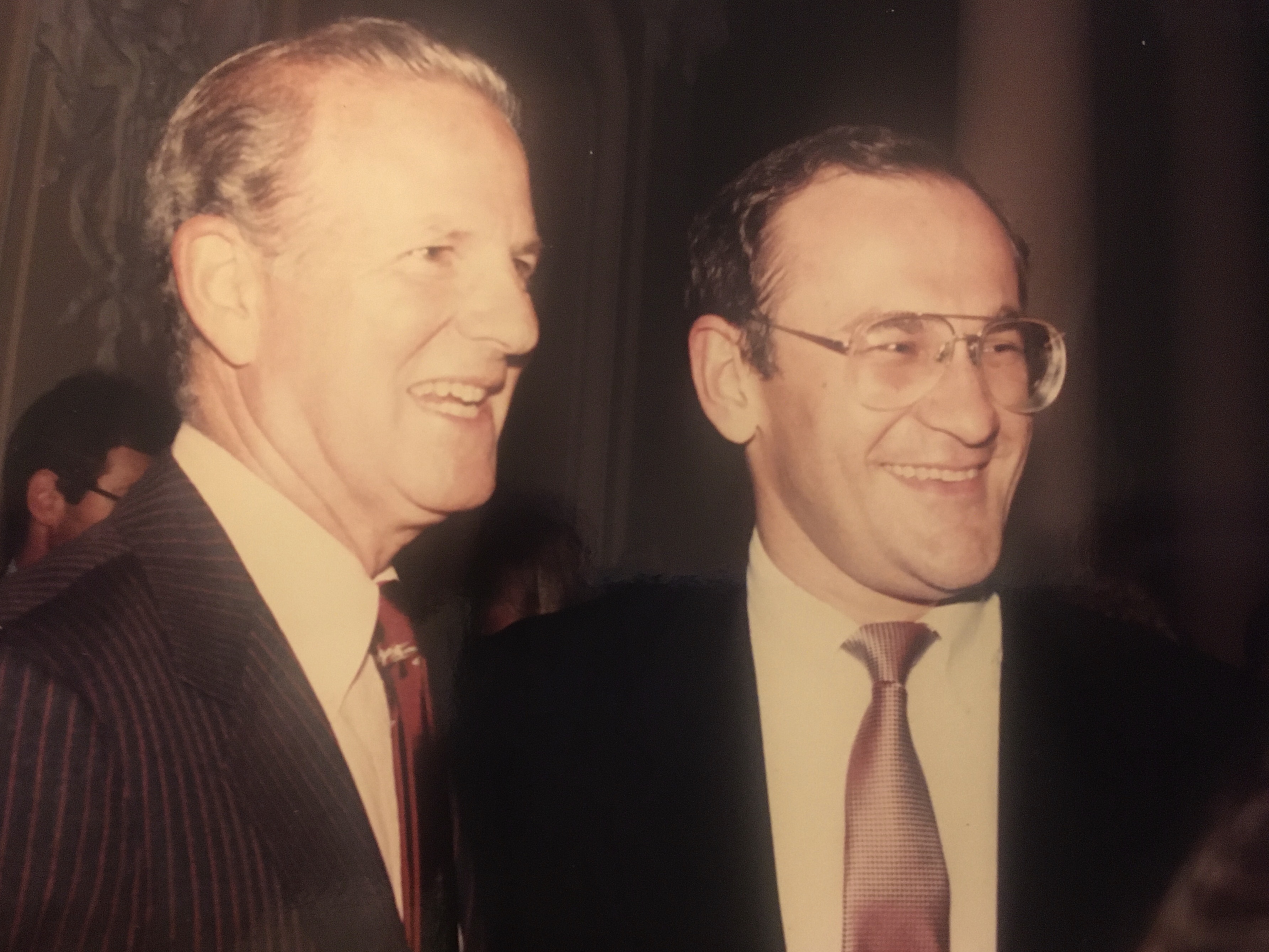 A great man turned ninety recently. I consider myself privileged and lucky to have had a chance to work with him and for him.

I first encountered James A. Baker, III and his team right after the 1988 US Presidential Election. Assistant to the Soviet Ambassador in Washington, DC, I got the call from the transition team of the Secretary of State-designate, nominated the day before. The following day, I met with Mr. Baker’s scheduling assistant. She confessed a quarter century later to being terrified at meeting a Soviet diplomat in the State Department lobby. But she had little choice, since Mr. Baker had “asked” her to stop shaking and get down there! He wanted to get things moving.

The friendships that emerged with his core team from our work together in those early days continued throughout the Bush Administration, first in Washington and later when I moved to Kremlin protocol. All that time, watching this extraordinary man in action, I could not help thinking - without disloyalty toward my side — how I would love to work for this guy.

It happened in 1997, I was a UN staffer. Named UN Secretary-General Kofi Annan’s Personal Envoy for Western Sahara, Mr. Baker told the UN top brass briefing him: “You have a guy here by the name of David Chikvaidze who is good at organizing things. I want him to work with me on this.” A dream came true and what an endorsement! Being part of James Baker’s team was an unparalleled experience — a source of professional exhilaration, personal pleasure and just a whole lot of fun! It was also a singular honor. 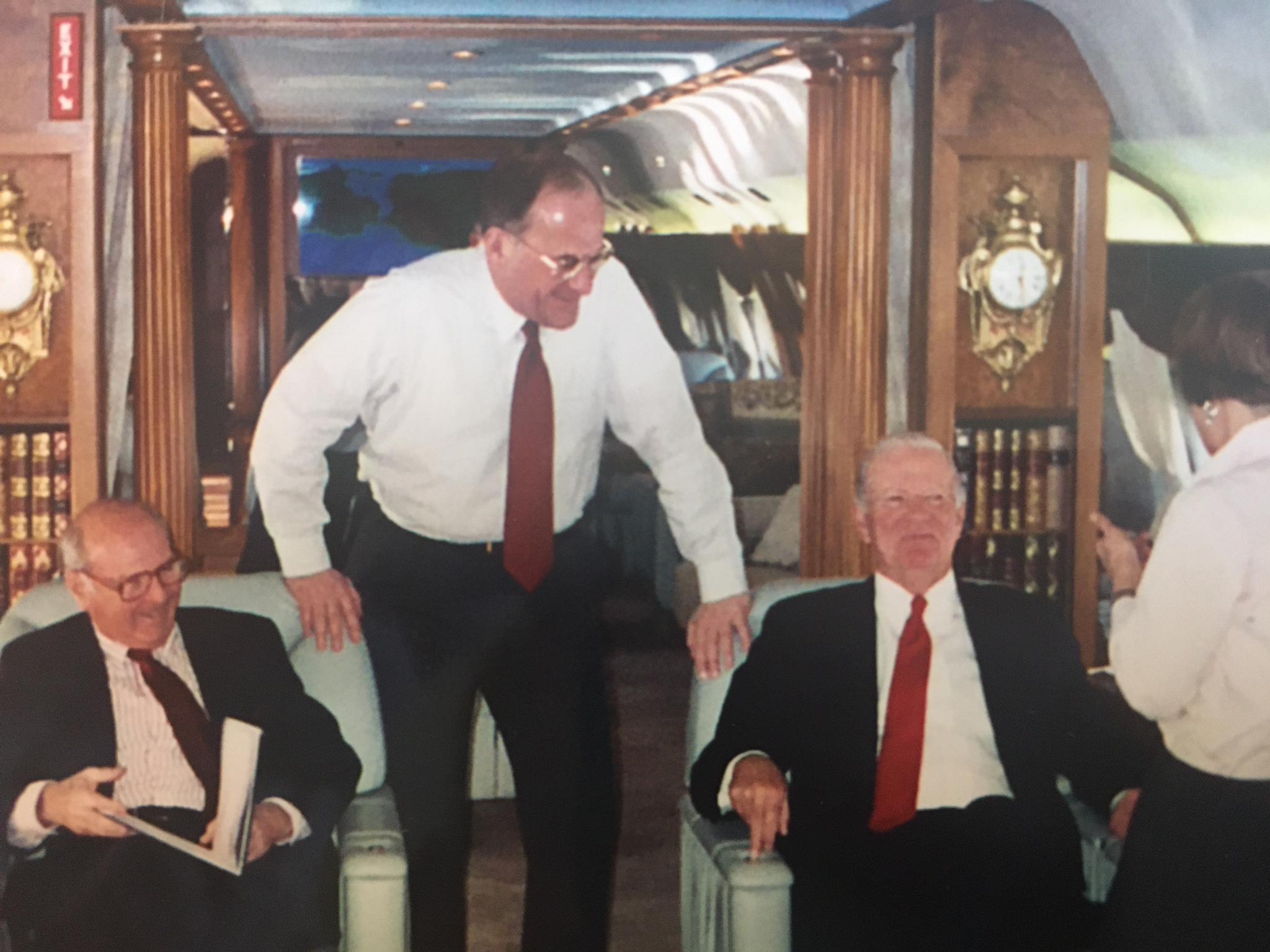 Three years later, on a long flight in a small government-loaner jet, heading back to Western Sahara from New York, I finally decided to pose a question that had long been on my mind: “Mr. Baker, not being an American, I am not insisting, merely asking, why are you doing your country the disservice of not running for President?”

He looked at me for a moment with surprise and contemplation - a look that anyone who knows him can readily visualize - then smiled and asked: “How long have you known me, David?” “Over ten years, now,” I replied. “Well,” he said, “do you see me hat-in-hand going around asking for money and support and then having to return favors to all these special interests?” “No, sir,” I replied. “Well, there’s your answer!” What makes a leader great? Is it positions held, fame achieved, integrity, character, faith, basic human decency, love of country and family? The gist of why I consider James A. Baker to be a great leader is comprised of all of the above and is perfectly reflected in his succinct reply to me on that memorable flight.

27 years out of government, James A. Baker is still the ’gold standard’ for Secretary of State, Secretary of the Treasury, and White House Chief of Staff. His stature as a public civil servant is surpassed only by his qualities as a human being: integrity, honor, loyalty to those around him and a gift for humor. An authentic giant among men, in political, diplomatic and human terms.

Never afraid to call a spade a spade, he told me on more than one occasion, “Honesty is the best diplomacy.” Beware of sitting across a negotiation table from James A. Baker, however. He will best you ten times out of ten. But you will come away saying to yourself, What an extraordinary guy. No trickery, subterfuge, or bluster — often mistaken for diplomacy. He just knows his brief and how to navigate international relations to the benefit of his country.

Secretary Baker’s professionalism and meticulous approach to diplomacy, coupled with his ‘straight shooter’ nature, was most evident in the run-up to Desert Storm. Though the United States was dealing by then with a very ‘pliable’ Soviet Union, Mr. Baker did not take for granted that the UN Security Council would adopt a resolution authorizing the ejection of Saddam Hussein from Kuwait by force. He held intensive talks, diplomatic horse-trading, including with the ten non-permanent members of the Security Council, putting in 37-hour workdays on three continents. As a result, he obtained an overwhelming majority vote for the resolution. This was diplomacy at its best and the use of the United Nations machinery at its best.

Hypothetical analysis, with hindsight to boot, is seldom welcome, but I often wonder how the post-Cold-war world would have developed, had the American electorate given George H.W. Bush a second term and had James Baker continued as Secretary of State?

Is he infallible, did he never make mistakes? He probably did, and I would love to hear him recount those instances, maybe in the context of his birthday celebrations, or better still, on another long flight. What I associate with his name, however, is top-notch master classes in diplomacy, every time I had the good fortune to be around him. Whether as a junior Soviet diplomat working with his team in Jackson Hole, Wyoming in 1989, or ushering him through the Great Kremlin Palace in 1991, or assisting him on confidential diplomatic missions to Algeria, Morocco and Mauritania, it was always unique schooling in diplomacy, democracy and statecraft. I often wonder, as I contemplate today’s deeply unsettled world, what would Jim Baker do, if he were in office today? Inevitably I come to the same conclusion: if Jim Baker were in office today, the world would likely not be so unsettled.

The author is an international civil servant. The opinions expressed are his personal views.