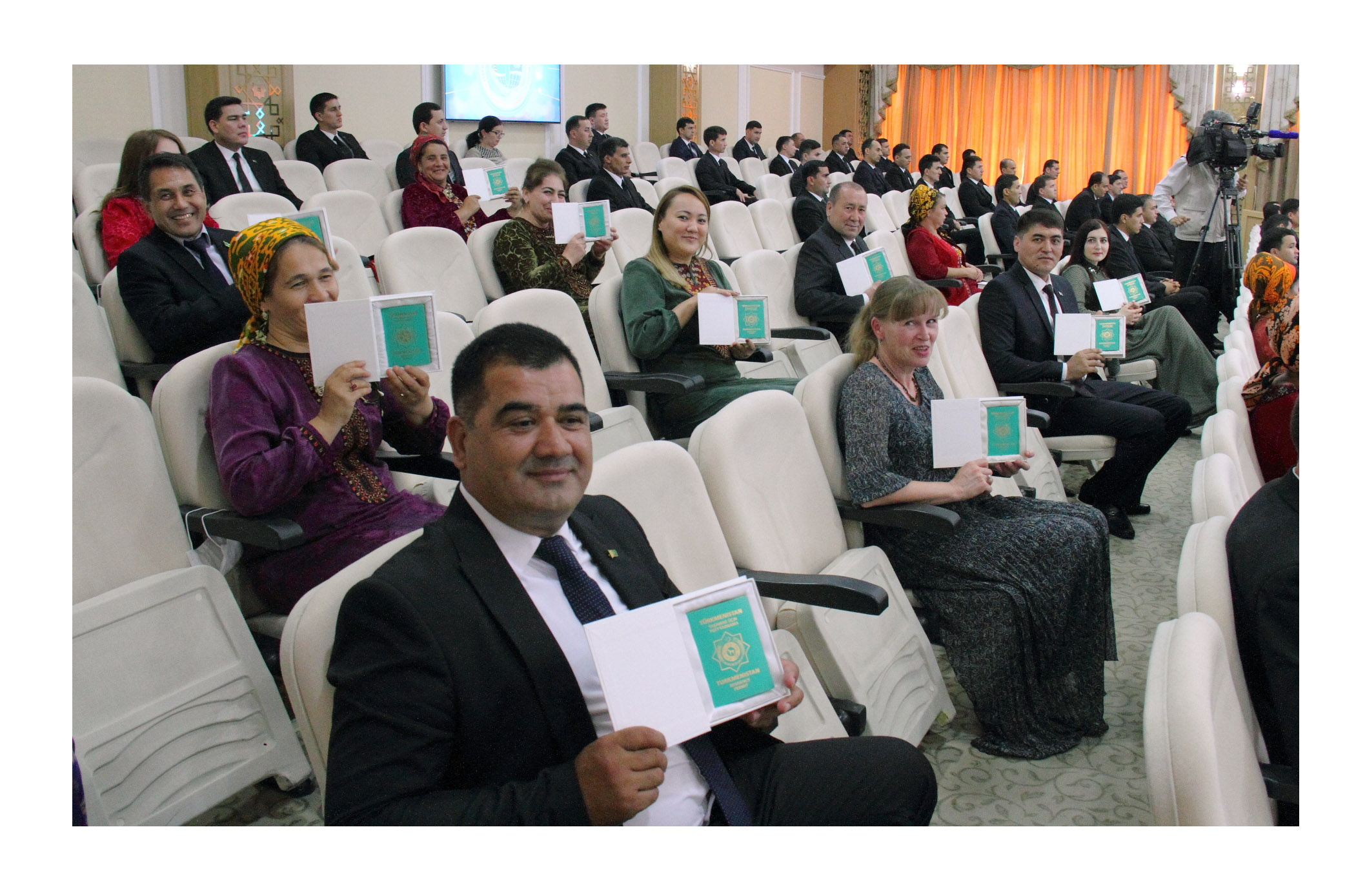 On 24 September 2021, a ceremony of presenting passports to the persons who were granted the citizenship of Turkmenistan was held in the State Migration Service Building.

The adopted citizens of Turkmenistan are representatives of 20 nationalities of the world, and their main part is female, which proves the commitment of the Government of Turkmenistan to expand gender equality at the national and international level.

The event was attended by the Chairman of the State Migration Service of Turkmenistan N.Atagarayev, the Deputy Minister of Foreign Affairs of Turkmenistan V.Hajiyev, UN Resident Coordinator in Turkmenistan D.Shlapachenko, as well as representatives of ministries and departments of the country.

As an active member of the United Nations, Turkmenistan strictly fulfills its obligations in the humanitarian field. For instance, Turkmenistan adopted a «National Plan of Actions for liquidation of statelessness for 2019-2024».

In this context, it is important to emphasize that Turkmenistan, pursuing a policy of broad international cooperation, actively cooperates with international humanitarian organizations, comprehensively contributes to the efforts of the international community, in practice implementing effective measures to assist migrants, refuges, stateless persons and protect their rights.