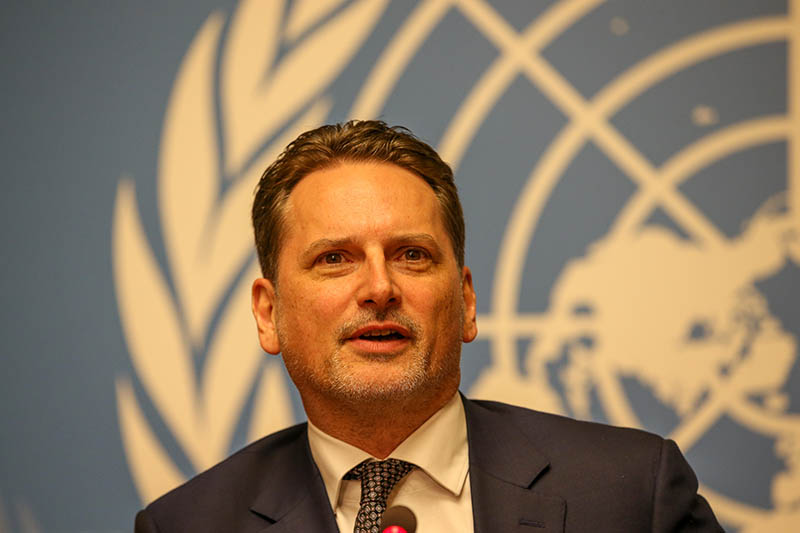 The Commissioner-General of the United Nations Relief and Works Agency for Palestine Refugees in the Near East (UNRWA), Pierre Krähenbühl, today called for a total of US$ 1.2 billion to fund the Agency’s vital core services and life-saving humanitarian aid for 5.4 million Palestine refugees across the Middle East. It is the amount needed to keep UNRWA operations at the same level as in 2018.

The presentation of the Agency’s 2019 priorities and financial requirements comes in the wake of a remarkable global mobilization to overcome an unprecedented shortfall and existential crisis following the decision by the Agency’s largest donor to cut US$ 300 million of its contribution last year.

Mr. Krähenbühl paid a strong tribute to all UNRWA donor partners: “As we faced the most severe financial challenge in our proud history, it was both humbling and inspiring to have witnessed the extent and generosity of the response from host and donor governments, from within the United Nations and NGO partners, from civil society and individuals. I wish to convey my heartfelt gratitude for this exemplary commitment and solidarity.”

In 2019, Palestine refugees in the West Bank, including East Jerusalem, Gaza, Jordan, Lebanon and Syria, will continue to face a range of daunting human development and protection challenges. Central to these pressures is the way in which the ongoing occupation of the Palestinian territory and the blockade of Gaza dramatically impact the lives of Palestine refugees. The effects of violence, incursions, lack of freedom of movement and employment opportunities, as well as increasing levels of food insecurity and psychological trauma are alarming and expanding. In Syria, the ongoing conflict has many acute consequences for Palestine refugees in the country and beyond, from displacement to loss of livelihoods, as well as the daily struggle to survive the immense adversity imposed by eight years of war. 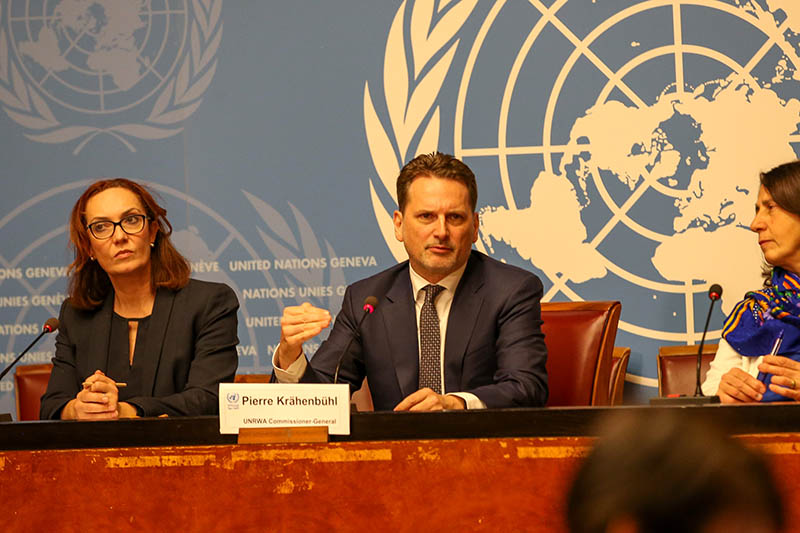 “One of the greatest concerns for Palestine refugees is the current near complete absence of horizon, both political and personal. In the midst of this, it is essential to preserve the key services carried out by courageous UNRWA staff in some of the most difficult and polarized regions of the Middle East. My call is, therefore, to all our partners to sustain the generous funding levels achieved individually and collectively in 2018. At stake are the dignity and rights of Palestine refugee - in particular the right to education for 535,000 girls and boys - as well as regional stability and the defense of robust multilateralism,” said the Commissioner-General. “UNRWA for its part remains fully committed to maintaining its reform-mindedness and financial discipline.”

Additional funding is required for priority projects, particularly the need for construction projects resulting from conflict (Nahr el-Bared in Lebanon, and Gaza), as well as initiatives designed to complete programme reforms or strengthen programme delivery.

Mr Krähenbühl also addressed a message to Palestine refugees and UNRWA staff: “During the extreme crisis we faced last year, we promised to show maximum resolve and creativity. We lived up to that commitment and are proud of this. At the same time, we remember that the successful campaign to overcome the shortfall came with a cost. Some services were impacted and some staff members lost their jobs, which we deeply regret. Out of respect for the refugee community and UNRWA staff, we will continue to demonstrate absolute determination in mobilizing political and financial support for the Agency. We will also remain very honest about how difficult it will be and the fact that UNRWA will continue to face major challenges. We must remain united and show the cohesion that was such an important part of our success last year.”

BACKGROUND INFORMATION UNRWA is confronted with an increased demand for services resulting from a growth in the number of registered Palestine refugees, the extent of their vulnerability and their deepening poverty. UNRWA is funded almost entirely by voluntary contributions and financial support has been outpaced by the growth in needs. As a result, the UNRWA programme budget, which supports the delivery of core essential services, operates with a large shortfall. UNRWA encourages all Member States to work collectively to exert all possible efforts to fully fund the Agency’s programme budget. UNRWA emergency programmes and key projects, also operating with large shortfalls, are funded through separate funding portals.

UNRWA is a United Nations agency established by the General Assembly in 1949 and mandated to provide assistance and protection to some 5.4 million Palestine refugees registered with UNRWA across its five fields of operation. Its mission is to help Palestine refugees in Jordan, Lebanon, Syria, West Bank, including East Jerusalem and the Gaza Strip achieve their full human development potential, pending a just and lasting solution to their plight. UNRWA services encompass education, health care, relief and social services, camp infrastructure and improvement, protection and microfinance.