In Geneva on World First Aid Day, the International Federation of Red Cross and Red Creasant Societies (IFRC) and H.S.H Princess Charlene of Monaco called for children everywhere to be trained in first aid. 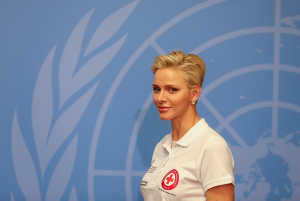 In fact, children make up a large portion of the population that receives first aid in every day emergencies and large-scale disasters, and they are often bystanders when peers and family members are injured.

“Children are particularly susceptible to accident in their daily lives and are especially at risk during emergencies, like natural disasters, conflicts and emergencies," says H.S.H. Princess Charlene of Monaco, the IFRC’s 2016 good will ambassador for first aid. “Empowering young people as first aid providers will not just save lives. It will prepare them for a future in which they can be an active and responsible citizen I their local communities.” 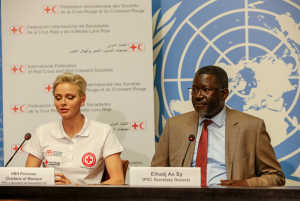 An estimated one million children die every year from treatable injuries, and millions more are hospitalized as a result of accidents like drowning, automobile crashes, falls and burns. 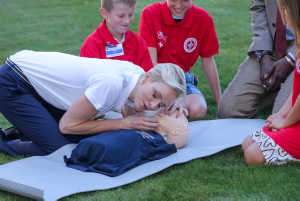 The IFRC is also calling on authorities to ensure that parents and other adults who are in regular and close contact with children are trained in first aid.

“Our goal is to ensure that communities everywhere are prepared to react effectively in times of crisis and to equip as many people as possible with skills that help save lives, regardless of their age,” said Elhadji As Sy, Secretary General of the IFRC. “We know that bystanders are often the first on science when the emergencies occur and are the first critical help in the chain of saving lives and alleviating suffering.” 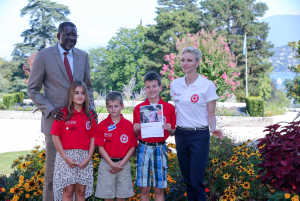 The IFRC is the largest first aid educator and provider in the world, and for more than 150 years first aid has been one of the principal services of Red Cross and Red Crescent volunteers.