Swiss Cheese is the DNA of Switzerland by Evelina Rioukhina 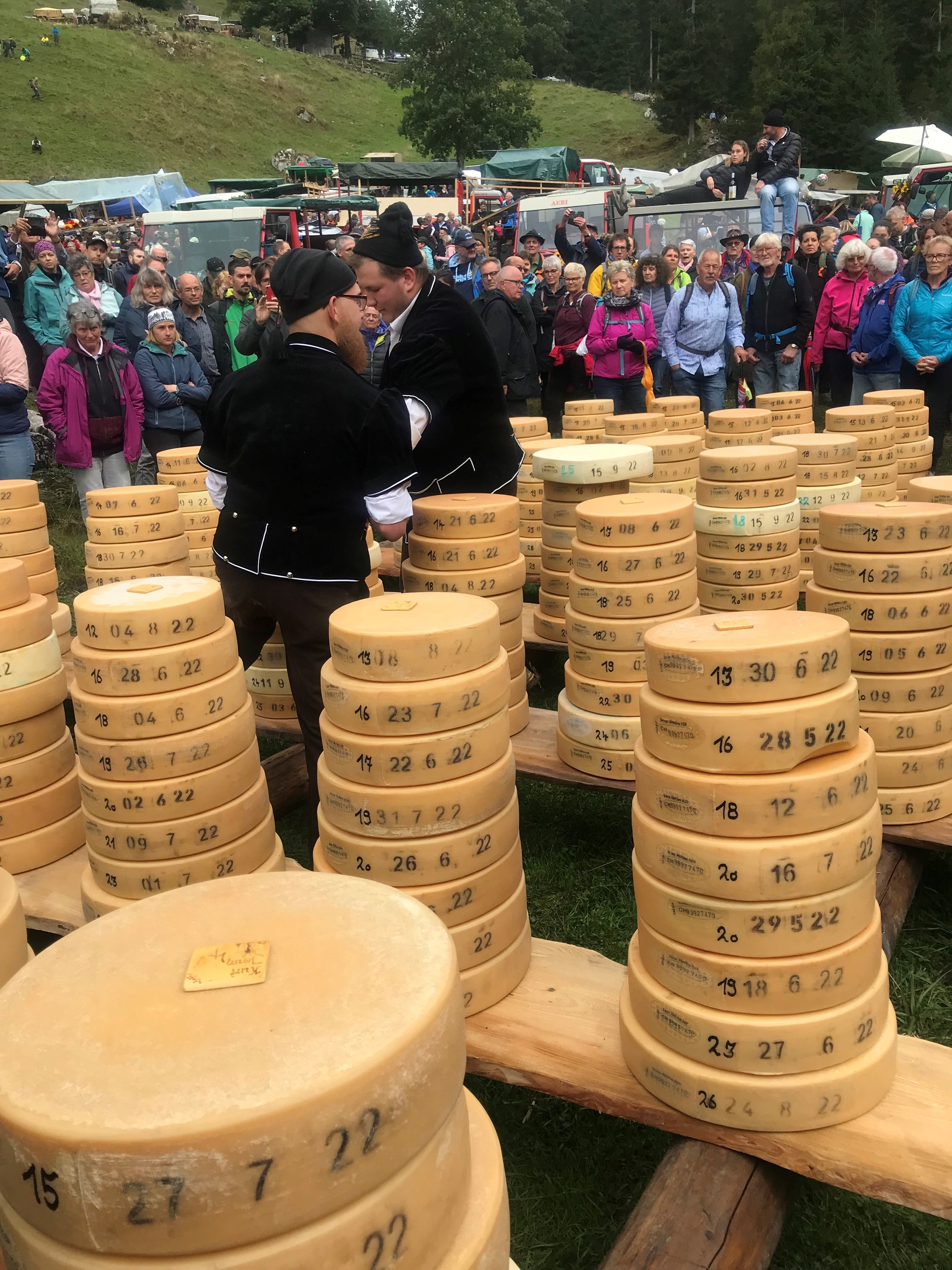 Cheese is Switzerland’s national food, its history, its culture, its tradition, its treasure, glory and pride, but also its means of survival in difficult times. It is one of the country’s main products as well as the oldest one; in a way Swiss cheese is the DNA of the country.

Even more surprising, my international colleagues at the UN usually know Gruyère and Emmental, and some may have heard of Tête de Moine, Tilsit and Apenzeller, but often no more than those. Piora, deservedly one of the most exclusive cheeses and only available (rarely) at one place in Geneva, is totally unknown here. Admittedly Piora is only produced in small quantities and not from an easily accessible area – when I visited, it took me seven hours to get there, five by transport and two by foot. However, I was surprised how few people know about Sbrinz - the oldest and the most traditional Swiss hard cheese. This product is the real Swiss DNA, coming from the area of the Oath of Allegiance, the heart of central Switzerland. It comes in 45 kg wheels, is matured for two to three years, and has been transported since before the 11th century to Italy by horses and mules. Even today one can join the famous Sbrinz historic route; we were fortunate enough to do so recently with the permission of the President of Sbrinz route Association Mr. Werner Grossniklaus, to whom goes my deep gratitude, and the hope to repeat it next year! Another no less impressive event from area also goes deep into history: the cheese sharing, called in German «Chästeilet», in Justistal - literally, the Valley of Justice. All farmers of the region gather on one day, bbringing their own cheese, and sharing with other families to survive the upcoming winter season. It is a fascinating event, and it is very touching to see people sharing and caring for each other.

The Swiss National museum of Dairy and Cheese in Keisen tells the story of cheese production, and organizes regular exhibitions of different cheeses. But how many are there? It is not that easy to answer – there are different divisions, sort, hard, semi-hard, and so on – within these grades are many varieties, perhaps 700 to a thousand. Each family produces its own cheese: in the high mountain valley, near the glaciers, in the villages, or in town, and each has their own production secrets.

There are cheeses that can be eaten on the day, or the day following, like ricotta, and there are those that must be kept for three years or longer, maturing to an unforgettable taste. The usual maturing time for most cheeses is 3 months. This is exactly the length of summer in the high mountains, between when the cattle is brought up in June/July until it goes back - called “Désalpe” in French - in September, carrying with it the mountain cheese to store in cellars for the winter ahead. Of course, there are dairies that produce cheese all year round, but it is the summer cheese from the high mountain alpages which is the most valuable because it usually contains only natural ingredients, and unpasteurized milk, all first-hand and completely organic.

Having a feeling that there is an insufficient understanding of the real significance of cheese in the DNA of Swiss history and culture (and this is our host country!), was the reason why I decided to write a book about Swiss cheese, its traditions and values. Traveling around the country, studying cultural habits and historical traditions, sometimes living with the cheesemakers and learning from them as we made cheese together, I have collected a huge treasury of knowledge. I have for many years travelled and told historical, cultural or nature stories. Now I will do the same thing with cheese, and the cheese traditions of Switzerland. This book on every Canton of Switzerland and its cheese should be finished by the end of 2023.

My former UN special colleague of 20 years, David Winch has a similar love of Swiss cheese. He lived and worked in Geneva for many decades as Chief Editor and is now a writer in Canada, and will accompany me on my journeys to co-author the book. We hope this book will be of interest to all international colleagues here, current and former, but also to many countries in the world where Swiss cheese is not known deeply enough. We want it to be of interest to Swiss people too, as there is currently no complete extensive book on the topic. We will also be looking for patrons and publishers, so if you are interested, get in touch!