TAIPEI CITY — Taiwan’s people have anxiously watched what goes on between Hong Kong and China on the eve of their presidential election.

People in Taiwan talk about the Hong Kong protests and China’s reaction to them constantly, whether they are politicians, journalists, students, officials, or ordinary working people, many worrying that Beijing will try to bully them. 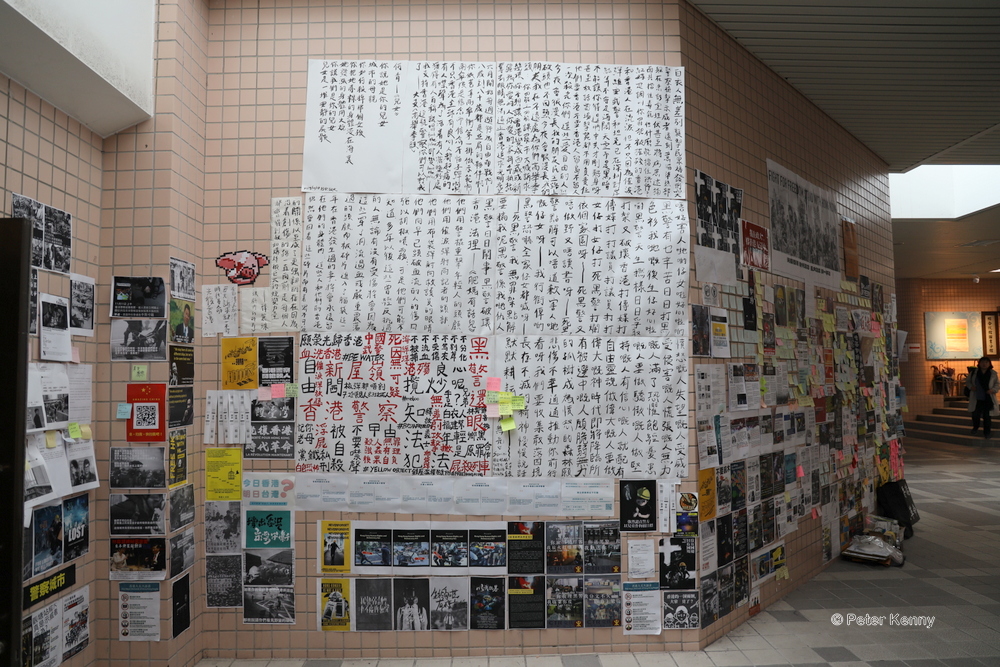 At National Chengchi University, one of Taiwan’s top universities, a wall is covered with messages of support for students in Hong Kong who want more democracy.

There is a difference between the Republic of China (ROC) as it officially calls itself, or Taiwan, according to locals, and Hong Kong.

It is not only size. Taiwan is a full-fledged democracy that can change governments through universal suffrage. A little smaller in area than Switzerland, it has a population of nearly 24 million.

Chengchi University mirrors much of Taiwan’s history after the second half of the 20th century. It was first established in Nanjing in 1927 on the mainland and subsequently relocated to Taipei in 1954.

Taiwan has been ruled separately since the end of the Chinese civil war in 1949. Beijing, however, sees the island as a province to be reunified with China one day, and some on the island fear that might come about by force.

Throughout the 1950s, 60s, and 70s, much of the time was under the leadership of nationalist leader Chiang Kai-shek. He and his forces fled to the island after the victory of the People’s Republic of China’s army on the mainland in 1949.

Taiwan was under non-communist totalitarian rule until it started a path to openness in the late 1980s. Then it began a transformation to democracy that enabled changes of ruling parties to start taking place. 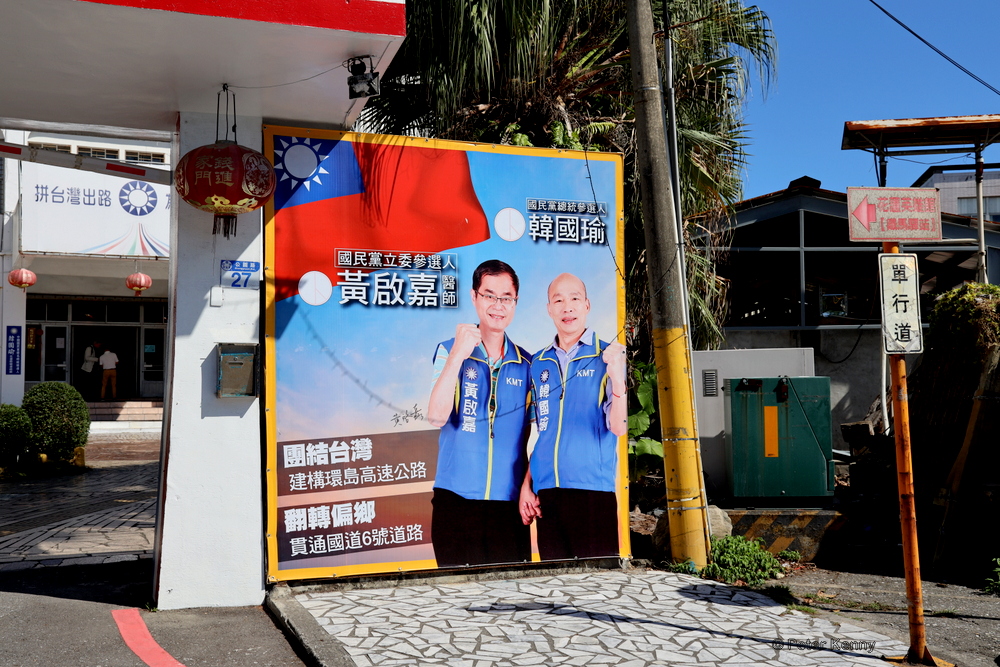 As Taiwanese go to the polls, there are three main parties and three contenders for the presidency. The Democratic Progressive Party’s (DPP) Ing-wen Tsai won in 2016 after the two Kuomintang (KMT) mandates with Ma Ying-jeou. Tsai was seen as the favorite through most of the campaign, but certainly facing a stiff battle.

The DPP started originally in 1986 with strong support from indigenous groups in Taiwan and as a pro-independence party.

Tsai’s primary challenger is Kuo-yu Han, the KMT candidate, and there is also James Soong and his People First Party. Han was accused in Taiwanese media of taking money from China but pledged he would withdraw from the race if this were proven.

KMT legislator Jin-pyng Wang told the Taipei Times newspaper in an interview on Nov. 24 that the DPP was playing into people’s fears, and it would be difficult for China to play a "pivotal role" in elections. He said, however, "China’s preference for Han is a sure thing."

Accusations abounded of bots and trolls to spread fake news and DPP charges that China interfered heavily in the election process. The governing party accused China of helping the KMT. 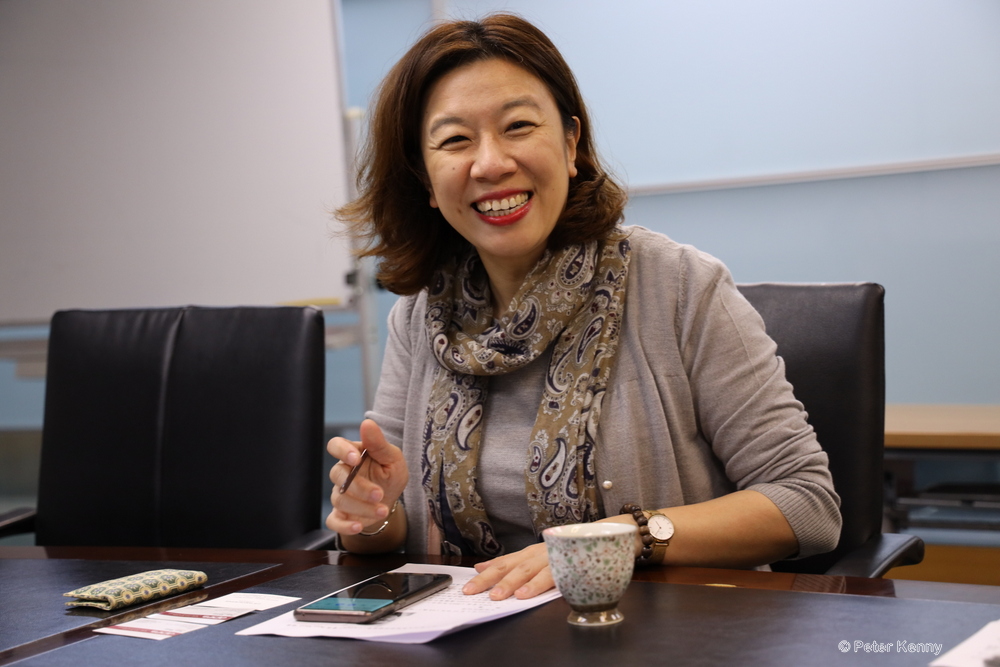 Lin said, "After 2016, when the DPP became the governing party of Taiwan, all of our members have not been allowed to go to Hong Kong."

She said also that China keeps Hong Kong excluded from UN organizations such as the World Health Organization (WHO), where it could make a valuable contribution.

"The leading election issues are the international situation and "Taiwanese identity".

She said that since the Hong Kong protests, "Many young people say they have a fear that we have lost our country. They fear that maybe these elections will be the last in Taiwan because China has strong influence here."

Relations between Taipei and Beijing worsened after Tsai’s DPP assumed office in 2016 as the party is considered pro-independence by Mainland China.

Tensions ratcheted up when Chinese President Xi Jinping at the beginning of 2019 reiterated Beijing’s unification plan and the "one country, two systems" basis for Taiwan.

Yet relations between Taiwan and Beijing are complex, with officials in Taipei saying more than one million Chinese inhabit China on a long-term basis and more than 500 air flights a week between the two.

Taiwanese officials bandy about the term "maintaining the status quo," which some interpret to mean not offending Beijing and some officials are cautious about saying things that might offend China.

China will never refer to Taiwan or the Republic of China, insisting the islands under its jurisdiction are called Chinese Taipei, the name used by the International Olympic Committee (IOC) and the World Trade Organization (WTO). 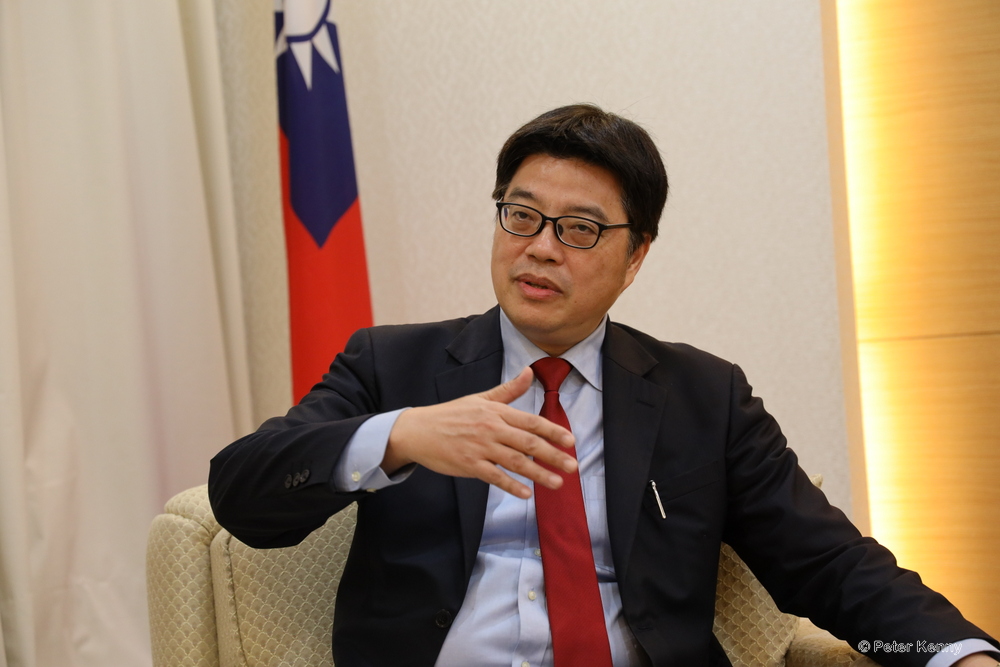 Ming-Chi Chen Taiwan’s Deputy Minister for the Mainland Affairs Council, said, "China’s Taiwan policy is rigid" and that it is "paradoxical."

He said that "extreme pressure from Mainland China started before the election cycle because, throughout 2019, China had been "asking us to accept the political precondition for reunification with Mainland China."

"China has suppressed Taiwan using all means, with military threats, diplomatic suppression, even economic inducements, and they are trying to engage in information warfare," said Chen.

"The extreme pressure from Mainland China started before the election cycle because throughout 2019, China has been asking us to accept the political precondition for reunification with Mainland China," said Chen.

Like other members of the DPP, he said that the attempt to get an extradition bill in Hong Kong which triggered the ongoing protests.

He said that differences between Mainland China and Taiwan "can be resolved only through communication and dialogue," and while Chen supports Hong Kong’s people’s quest for freedom and democracy, "we will not intervene."

He believes the external policy of Chinese President Xi Jinping "needs a thorough rethink. Xi needs to understand that his expansion policy is not only harmful to the Taiwan Straits but is a threat to the region and beyond."

He says Xi is flexing his muscles because of difficulties at home.

"We will not sacrifice Taiwan sovereignty. Our determination to fortify the Taiwan democratic system will never succumb to pressure from Mainland China," said Chen.

· Peter Kenny visited Taiwan as a guest of its Ministry of Foreign Affairs.