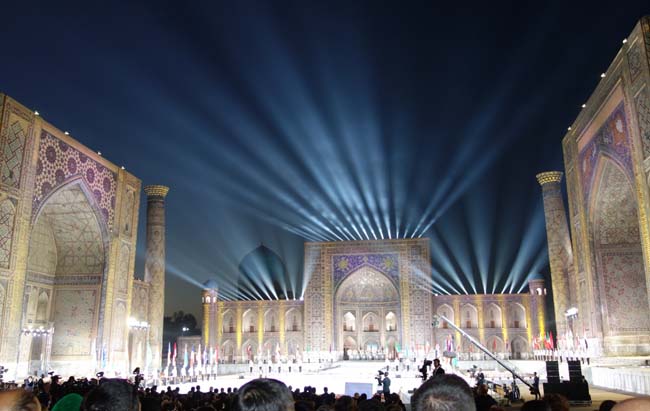 Sharq Taronalari is one of the largest music festivals in Central Asia. Held every two years in Samarkand’s famous and historical Registan Square since 1997, this festival brings together the most talented singers, dancers, and musicians from around the world.

The festival was officially opened by the President of Uzbekistan, Mr Shavkat Mirziyoyev on 26th August. In his speech, the President said that the festival has become a platform for dialogue among diverse cultures and civilizations, countries and peoples. Each artist, the President said, performing on stage, at the Registan Square, glorifies the high ideals of humanism uniting people regardless of their ethnic origin, language or religion.

Ms Audrey Azoulay, UNESCO Director-General, in her speech highlighted that Samarkand embodies the magnitude of the great state of Amir Temur, while the Registan Square reflects the heyday of Mirzo Ulugbek. This legacy has attracted scientists, artisans and artists for centuries. Ms Azoulay, further emphasized that the preservation of the universal heritage, the development of musical art as a universal language of intercultural dialogue is part of UNESCO’s mission, and that the organization seeks to develop full-scale cooperation with Uzbekistan in this direction. 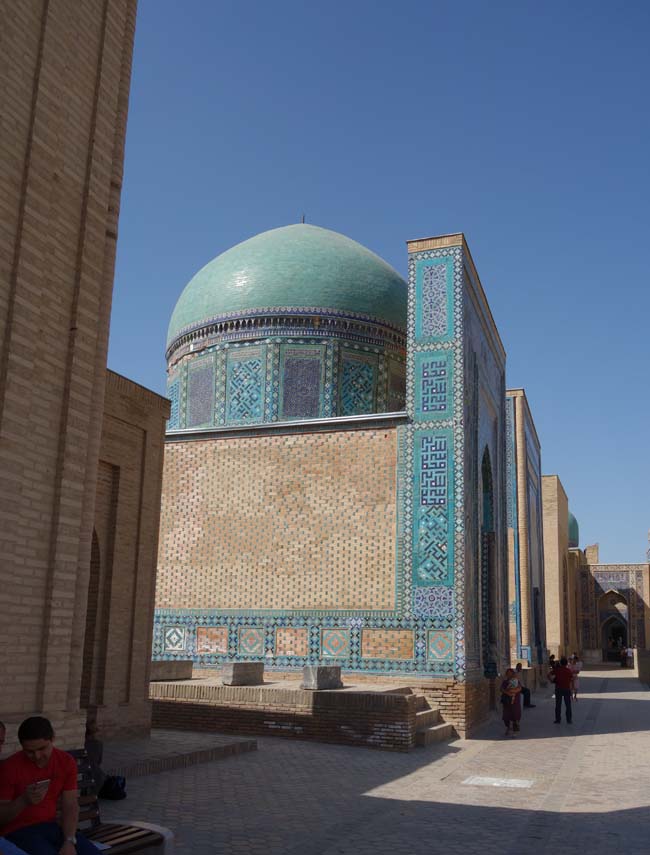 This year’s festival was attended by 340 artists from 75 countries. Representatives of Argentina, Myanmar and the Fiji Islands attended the Sharq Taronalari for the first time.

The twelfth festival was different than the previous ones. The performers participated in a competition for the best professional performance of folk songs and melodies. An international jury consisting of 11 representatives of international organizations, musicologists and composers evaluated the performers and their performance. Based upon their evaluations, the winners were selected at the end of the festival.

The festival also included a number of events, open concerts, creative meetings, scientific conferences… Museums, handicraft centers and hotels in Samarkand hosted exhibitions that presented the history of the festival in photographs, products of national handicrafts, musical instruments. Trips were organized to historical monuments that have a long history, holy places of worship, educational institutions, modern manufacturing enterprises, historical gardens of Amir Temur. Registan square is the jewel of Amir Timur’s capital, Samarkand, a city that attracted the brightest minds at the time. Scientists, artists, architects and poets each contributed to this legendary city, making it one of the main stops on the Silk Road and a centre of learning in Asia.

According to tradition, “Prospects for development of traditional musical art of Eastern people” conference was held within the framework of the festival. The reports of musicologists and scientists from more than 10 countries were heard, presentations were made. 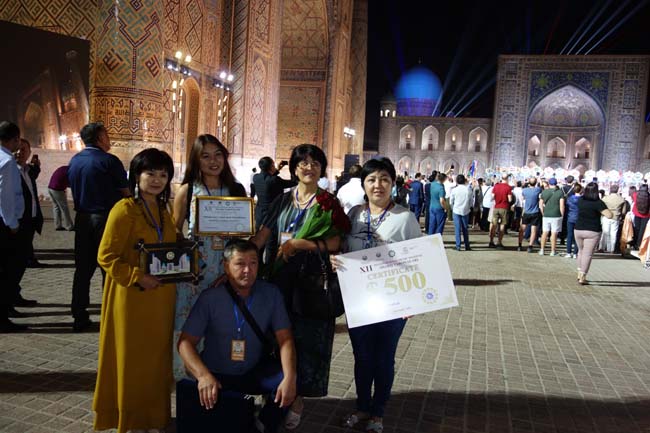 The awarding ceremony of the XII Sharq Taronalari International Music Festival took place on the 30th and let us briefly mention, teams from Tajikistan (the “Badakhshan” collective) and from Russia (the “Ayarkhan” collective), as well as representatives of Uzbekistan – Azizjon Abduazimov and Ulugbek Elmurodzoda were awarded third place diplomas, and prize of 2000 USD. 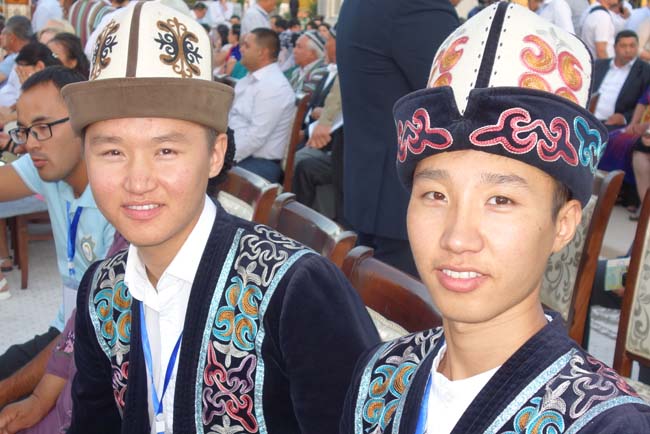 The second place was awarded to the teams “Archabil” from Turkmenistan and “Hatan” from Mongolia. They were awarded the prize of 3500 US dollars, and finally the duo Komuzchilar from Kyrgyzstan and Parviz Gasimov from Azerbaijan won the first place in the professional performance of folk songs and melodies, and were awarded 5000 USD.

The Grand Prix of the XII Sharq Taronalari International Music Festival was awared to the Uzbek music group Mekhrinigor Abdurashidova.