This paper briefly introduces my reflections based on lessons learned during the 2015 fall semester as a part of Hubert H. Humphrey Fellowship Program. 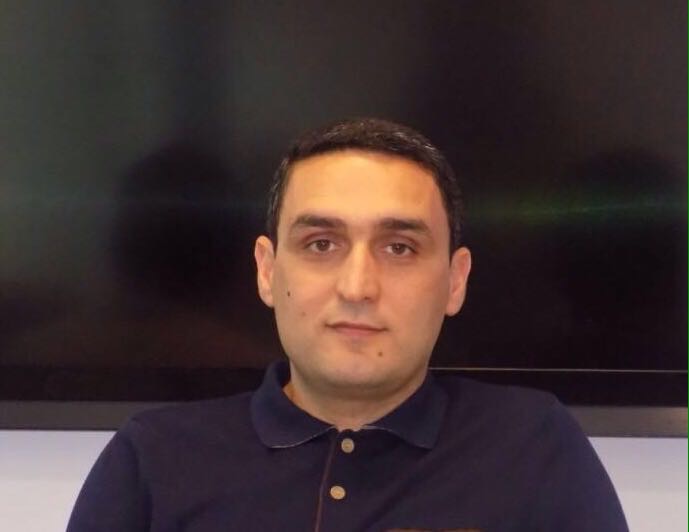 I will explore American academic leadership in higher education. In general, my reflection paper summarizes a knowledge gained from textbooks I read for my Penn State classes and the ideas I heard from different academic leaders whom I met in University Park.

The textbooks I explored as a part of my classes significantly increased my knowledge on issues related to leadership at HEIs, and thus I am able now to share my personal opinions on the topic. My main understanding is that academic leadership is the first and foremost category needed for having a successful university, and it serves the institution’s academic mission and core values. Being a so-called “team sport,” academic leadership involves effective communication, inspiring other people, and building coalitions across the university’s units. The role of sound academic leadership for U.S. higher education is more important than ever before because at many HEIs mission and core values are no longer obvious.

Generally speaking, academic leadership at American universities includes board members, presidents, provosts, vice presidents, deans, and department chairs. In other words, persons seating at the mentioned positions are considered to be academic leaders at institutional level. Academic leaders are the notion of teamwork, collaboration, empowerment of others, and the art of coalition and team building. Academic leaders need to develop a broad understanding of how his/her university is structured and functions, and understand the loci of decision making on institutional issues (Hendrickson, Lane, Harris, & Dorman, 2013, p. I). To be more precise, an academic leader should ensure that his/her decisions are based on a clear mission and core values.

An academic leader’s main task is to be fully prepared for institutional adaptation to external changes. He/she must learn to cultivate relationships with stakeholders including faculty, students, alumni, and parents by taking advantage of new communication tools such a social media. I believe, being the most important actor within the academic leadership at any single HEI, the university president is the most appropriate category to describe an average American academic leader. In this point, I like a quotation by Clark Kerr (1964), the 12th president of the University of California system and first chancellor of the University of California, Berkeley: “The University president in the United States is expected to be a friend of the students, a colleague of the faculty, a good fellow with the alumni, a sound administrator with the trustees, a good speaker with the public, an astute bargainer with the foundations and the federal agencies, a politician with the state legislature, a friend of industry, labor, and agriculture, a persuasive diplomat with the donors, a champion of education generally, a supporter of professions, a spokesman to the press, a scholar in his own right, a public servant at the state and national levels, a devotee of opera and football equally, a decent human being, a good husband and father, an active member of a church. Above all he must enjoy traveling in airplanes, eating his meals in public, and attending public ceremonies.” (Kerr, 1963, pp. 29-30). Maybe that is the main reason why having not many completely successful university presidents without serious academic problems or non-academic conflicts during their presidency.

I was impressed to learn about the increasing demand and diminishing interest for a position of university president in the United States. Based on a study conducted by the American Council on Education, the average age of an academic president in the United States has increased from 52 years in 1986 to 60 years in 2006, and the percentage of presidents over the age of 61 grew from 14 percent to 49 percent over the same period. Other senior leaders of academic institutions are of a similar age too. It means, in forthcoming ten years there will be a large number of retirements and a great demand for new academic leaders. It is very interesting fact that only 30 percent of provosts overall plan to seek an academic presidency in the future. The lack of aspiration to the academic presidency seems to stem from the unappealing nature of university president’s work (Hendrickson, Lane, Harris, & Dorman, 2013, pp. 244-245).

During this semester I had the opportunity to meet a number of local academic leaders including president, vice president, provost, deans, and department chairs, and it was a unique chance to learn from them the main characteristics and capabilities needed to be a good leader. I believe academic leaders should have a good image in society and close personal contacts both in business community and state authorities. Academic leaders at American university are supposed to be able to build his/her team, to know his/her staff as people, and more importantly, to allow them to talk, to learn and to develop. Academic leaders should appoint self-motivated people, set goals, ask for benchmark measures of success, and demand for a result.

Nowadays, academic leaders should increase reliance on the institution, recognize that acting is thinking, know their followers, and understand the sources of common errors. There is no magic button in an academic leadership position. This fact requires some values like integrity, expertise, energy, and empathy. He/she is learning in each step of the game and of course he/she is learning from others.

In terms of personal capabilities, I was assured by real leaders that a good academic leader has to be really patient, personally self-confident, diligent, and honest. Plus, having enormous capacity for criticism, strong decision making skills, good sense of humor, and respect to people are fundamental indicators to be able to run a whole American university, college or any sub-unit at HEI. Almost all professionals I met in State College believe that an academic leader is supposed to make his/her university or college different from others to be more successful. He/she should help staff in the institution understand how their work contributes to the overall mission. A member of Penn State’s Board argued that academic leader should be able making a list of priorities and selecting the top three or four. He/she always needs a strategic plan with short-term and long-term objectives. However, making even small changes leader will require agreement and assistance of deans and department chairpersons. It is very important that a leader should be skeptical about his/her accomplishments.

One of Penn State’s deans underlined that a university leader needs to have senior administrators support, to offer real alternatives for those who oppose him/her, to love academic soul, and to take into account that faculty will always complain. A new leader should learn history or previous cases, and remember that after one year, his/her predecessor’s problems become his/her problems. By joining President Barron’s Tailgate and watching a football game at President’s box, I think that a person not loving and supporting a football may not become a university president in the United States. In other words, meaning more than a sport for Americans, football is one of the non-academic and mostly efficient tools to run a university successfully, to make it a real part of community, and to get more opportunities in terms of academic excellence. Of course, at some universities, like Duke or University of Kentucky, basketball is king - not football. And at other universities, different sports or another non-curricular are more important. My conclusion is that a good academic leader is supposed to benefit from all potential instruments, including athletics, to create an academic institution with a good image, a high competition in enrollment, a big demand for results of conducted research, as well as a well-functioning fundraising mechanism.

According to some members of Penn State’s leadership, a good academic leader should secure that his/her institution brings technology to society and make it interested in knowledge that makes life better. At the same time, he/she has to follow global trends in higher education in terms of providing university services aimed at preparation of so-called “global citizens”, and this requires well-designed internationalization strategy developed by university leadership. In this regard, I am amazed by Penn State’s ongoing efforts to be a Truly Global University. “Enhancing Global Engagement” and “Fostering and Embracing a Diverse World” are two key parts of Penn State’s Strategic Plan for 2016-2020. I like Penn State’s vision recently declared by Dr. Nicholas Jones, an Executive Vice President and Provost: “Penn State will be recognized as a global leader in learning, discovery, and engagement that fosters innovation, embraces diversity in all its forms, and inspires achievement that will change the world in positive and enduring ways.” (Jones, 2015).

Summarizing my reflections on academic leadership based on knowledge learned from textbooks and personal opinions gathered from practitioners, I have to mention that the 2015 fall semester was a great contribution to my personal development. All activities implemented within the Humphrey program really changed my mind in terms of developing own leadership skills. I think everyone may become a good academic leader by benefiting from relevant textbooks and individual stories. In that point, a potential roadmap might include two levels – institutional (university) and sectorial (education system) leadership development. I have been reassured that all institutions (at all levels) need good leaders to reach their strategic goals and to function successfully. I found significant differences between American and Azerbaijan academic leaders. Of course, these differences originated from unlike higher education systems and distinct societies in two countries.