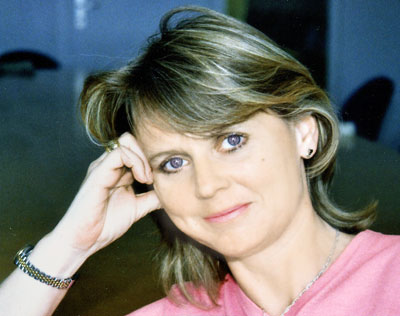 Modern technologies… A colleague working in this specialized field explained to me what is happening n new types of digital TV, new DVDs where you can store up to 50GB, new types of radio where you can listen to stations from around the world.

The world has become the global village that Marshall McLuhan spoke about more than forty years ago. He was the first person to popularize the concept of a global village, to consider its social effects long before it actually happened. This "global village" has indeed made life easier for many of usninformation is accessible almost immediately. And yet, sometimes, I wonder where this technological race will end. Every six months there are new and more powerful computers on the market, new mobile phones with all kind of integrated gadgets: camera, Internet, MP3… You name it, and you will find something that can satisfy most of your wishes.

However, modern technologies are not a blessing for everybody. The global divide is increasing between the rich and the poor. Although the privileged in some of the poor countries have access to Internet, computer games and modern technologies, the majority of people do not. For example, Ethiopia is a poor country where the rural population have been suffering from chronic famine and drought for decades. They survive only through the provision of massive foreign aid, but in the capital Addis Ababa the children of the elite can be found playing with the very latest computer games from Japan.

In many poor parts on this globe, the population cannot even read and write, so how can they use these modern technologies? This is not the only problem, since many of them do not even have access to electricity. Thus, even though they might receive a computer from a well-intended person, what is the benefit of it if they cannot use it? In a new report by the ILO, you can read that "the current global labour market is marked by a widening gap between unprecedented opportunity for some and growing uncertainty for many, with ’working poverty’ affecting nearly half of all workers in the world."

And this is not the only disturbing fact. The report also points out that the global workforce is growing rapidly. Today, over 3 billion people are either working or looking for work, a number expected to swell by over 430 million by 2015. Almost all these new entrants will come from developing countries.

However, on a positive note, the study n Changing patterns in the world of work n states that: "Technological progress, if applied in ways that promote inclusion rather than exclusion, could increase productivity and make material poverty history within a generation." It seems like the challenges ahead of us will require lots of effort n from individuals, the economy, politicians… Some would even say that this is an impossible task.

However, if each one of us were to stretch out our hands, perhaps we can make a difference. An African proverb says: You need two hands to wash properly, so let us only hope that those stretching out their hands will be met by others on the other side.

Have a nice day! Marit

REFLECTIONS …
Can you imagine?